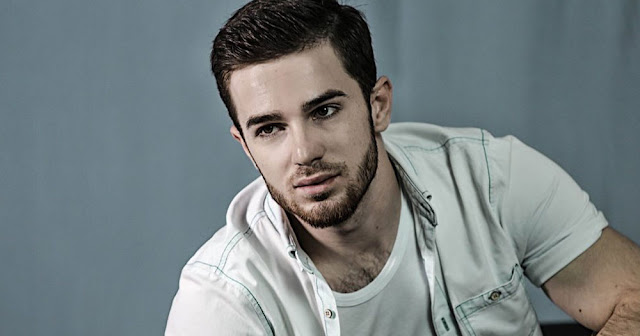 "My son disappeared and it has been two months already. I filed a complaint with the police... and they said they would look at it. I'm counting on the Almighty and, after him, on you. I have no one else to expect help from... I plead: help me, Ramzan."

This agonized plea was sent 3 months ago; the situation today has not changed since. The sender: Zelim Bakaev's mother, Malika Bakayeva. The letter's recipient: Ramzan Kadyrov, the Head of the Chechen Republic and the man most likely responsible for Zelim's disappearance, possible torture, and murder.

Yet Malika's action was not unreasonable; after all, Zelim, whose full name is Zelimkhan Khoussainovich Bakaev (in Russian Зелимхан Хусаинович Бакаев) and was born in Grozny, Chechen Republic, Russia on 23 April 1992, had worked for a year and a half at the Department of Culture of the Grozny Mayor's Office, and became a one of the soloists of the song and dance ensemble "Stolitsa" (in Russian, Столица) and performed concerts in Chechnya and other North Caucasian republics. More importantly, he had met Kadyrov and was even photographed with him. Passionate about music, Zelim made a career as a Pop singer. He became popular particularly in Chechnya, Ingushetia, Dagestan and eventually in Russia. In 2012, he moved to Moscow, where he could further advance his career and live his life as a gay man in a less oppressive environment.

He had a number of hits - these are the songs that I could find on youtube:

This is Где ты ходишь любовь:

On 6 August 2017, Bakaev traveled to Grozny to attend his sister's wedding. He was due back in Moscow a few days later as he was scheduled to take part in a Russian musical contest on August 10. On August 8, he was reportedly arrested by Special Rapid Deployment (SOBR) security forces, this according to two eyewitnesses as they recounted to Dozhd TV. Bakaev's cellular phone was also deactivated the same day. Speculations ran that his arrest was on suspicion of being gay. Chechnyan authorities had declared an anti-LGBT campaign since early 2017, with many reports of persecution of gay people in the country. Bakaev had been previously forbidden from any public appearance in Chechnya. 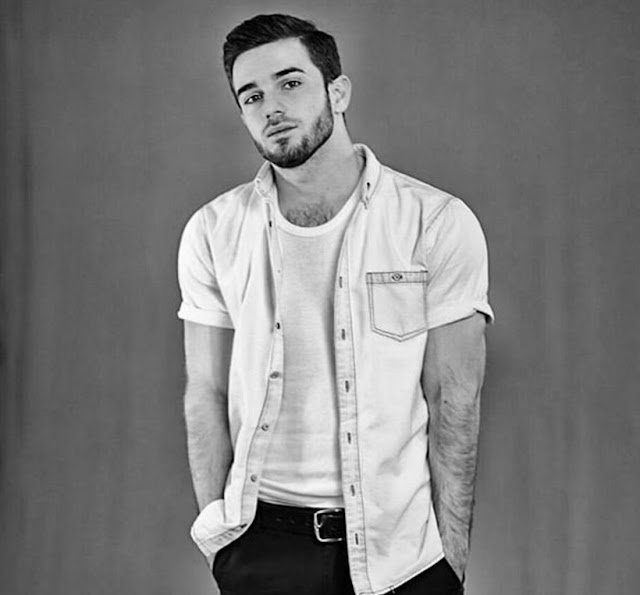 According to early reports on his disappearance, initial information being spread about Bakaev was conflicting and contradictory: "At first a rumor was spread that he was alive and had left Chechnya. Then information spread that he was dead. It is not true. We know that Bakaev is alive and that he is still in Chechen detention," said an unnamed source at a Russian human rights group.

At the time, News outlet RBC quoted Dzhambulat Umarov, Chechnya's minister for national policy, external relations, press, and information, as saying, "The guy is not a Wahhabi, not a terrorist, he isn't involved in any case. No structures took him, for a hundred years no-one will need him", adding that Bakaev would "reappear soon".

However, in September, a video of a man resembling Bakaev suddenly appeared on an apparently makeshift Youtube account and was promptly broadcast on the state television channel Grozny TV, depicting the young man claiming that he had moved to Germany saying, "There is absolutely nothing to do in Grozny or Moscow. Because there are a lot of assholes. Here people are absolutely different – you go out, everyone smiles at you. Absolutely different outlook."

Friends of Bakaev questioned the legitimacy of the video's narrative, however, stating that the language used in relation to the timing of his supposed departure for Germany was strangely and uncharacteristically specific and pointed to other staged or scripted elements to its production.

There were other facets of the video that had appeared to suggest that the footage had been taken in Chechnya, notably the furniture in the room were manufactured by various Russian companies that shipped their products to Chechnya with low likelihood that they would end up elsewhere in Europe, as well as the appearance of the Drive Me brand of Russian energy drink on the table that is not sold in Germany.

On October 2017, Igor Kocketkov of the Russian LGBT Network made a statement about Bakaev’s disappearance, saying, "At the end of August, we received confirmation of our earlier presumption that Bakaev was detained by Chechen authorities due to suspicion of homosexuality." Sadly, new reports have started to surface stating that Bakaev had been apprehended, tortured and subsequently murdered within 10-13 hours of being in the Chechen capital. 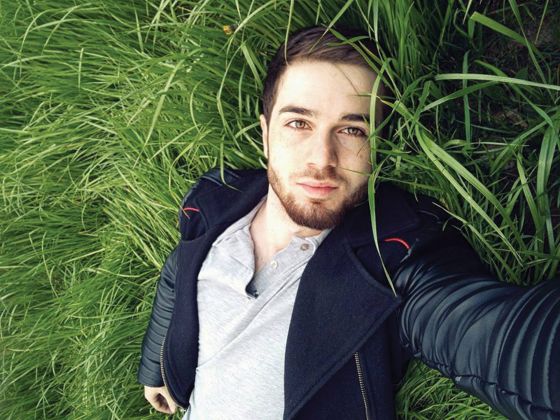 Was he led into a room that smelled of fear? Was he pushed against the naked concrete floor and then kicked mercilessly? Did he manage to make out his torturers' faces through the blood pouring down his face, against the ugly light of a naked bulb hanging overhead? Did he try to resist, did he try to protest? Did that lead them to strike even harder? Did the end come mercifully fast? So many questions... Will we ever get any answers? Will his loved ones ever find closure? 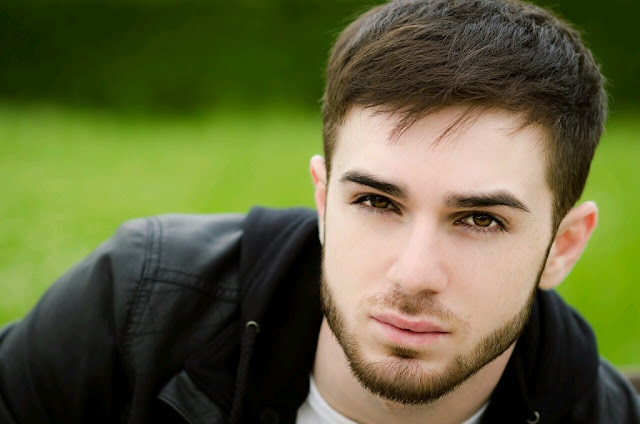 I purposefully used a lot of photos in this story, vs. the one photo that I normally use. I need to put a face to this horror so that your understanding of it will be visceral, not abstract. And now, a few words about the Chechen head of state, Ramzan Kadyrov, pulled from his Wikipedia entry:

Kadyrov has been personally implicated in several instances of torture and murder. A number of Chechens opposed to Kadyrov have been assassinated abroad, and several witnesses (including Artur Kurmakaev and Ruslan Khalidov) report the existence of a 300 name "Murder List". Chechens who have been murdered, where Kadyrov's involvement is suspected, include Movladi Baisarov and Ruslan Yamadaev (both Moscow); Sulim Yamadaev (Dubai); Gazhi Edilsutanov, Islam Dzahnibekov, Ali Osaev (Istanbul); and Umar Israilov (Vienna).

A mutinied commander, Movladi Baisarov, said that Kadyrov "acts like a medieval tyrant. If someone tells the truth about what is going on, it's like signing one's own death warrant. Ramzan is a law unto himself. He can do anything he likes. He can take any woman and do whatever he pleases with her. (...) Ramzan acts with total impunity. I know of many people executed on his express orders and I know exactly where they were buried". On 18 November 2006, Baisarov was killed in an ambush by members of Kadyrov's police on Moscow's Leninsky Prospekt, about two kilometers from the Kremlin.

Kadyrov has previously encouraged extrajudicial killings of homosexual men by family members as an alternative to law enforcement – in some cases, gay men in prison have been released early specifically to enable their murder by relatives.

In April 2017, international media reported that gay men in Chechnya were being arrested, detained and tortured as part of a region-wide pogrom. Russian President Vladimir Putin said on 5 May that he would personally ask the Russian Prosecutor General and Interior Ministry to help Kremlin rights ombudswoman Tatyana Moskalkova check the reported abuse. UK Deputy Foreign Secretary Sir Alan Duncan told the UK Parliament he had been informed of alleged plans to eliminate Chechnya's gay community by the start of the Islamic holy month of Ramadan, which commenced on 26 May 2017.

Chechnya has denied the reports, with its interior minister calling the allegations an "April Fools' joke". Kadyrov's spokesman Alvi Karimov rejected the allegations and described the report in the Russian newspaper, Novaya Gazeta, as "absolute lies and disinformation", basing his denial on the claim that "you cannot detain and persecute people who simply do not exist in the republic. If there were such people in Chechnya, the law-enforcement organs wouldn't need to have anything to do with them because their relatives would send them somewhere from which there is no returning." Vladimir Putin's spokesperson Dmitry Peskov also said that there had been no evidence found to support the allegations, adding that he had no reason to doubt Kadyrov's claims that no one under his rule has been persecuted for their sexual orientation.

In an interview with HBO's Real Sports aired on 18 July, Kadyrov asked the reporter to move the Chechen gays to Canada, should he find any and claimed that pro-LGBT lobbyists are devils.

Zelim Bakaev is one of many, yet he is important because we know his name, part of his life, and the way he looks like - we can identify with him. He didn't leave a large body of work for us to enjoy, but he was just beginning - his wings brutally cut off just as he was learning to fly.

So, I decided that this story will not end here: by feeling Zelim's story, a number of loved songs came to my mind. I dedicate them to Zelim and to all of you, explaining, when I can, with a line of lyrics or two, why I think that these songs belong here.

"For they could not love you
But still, your love was true
And when no hope was left in sight
On that starry, starry night
[they] took your life, as [haters] often do
But I could've told you, Vincent,
This world was never meant for
One as beautiful as you"

The Lonesome Death of Hattie Carroll by Bob Dylan:

"Got killed by a blow, lay slain by a cane
That sailed through the air and came down through the room
Doomed and determined to destroy all the gentle"

The Last Song by Elton John:

Glad To Be Gay by the Tom Robinson Band:

The Killing of Georgie by Rod Stewart:

"Pushed around and kicked around, always a lonely boy
You were the one that they'd talk about around town
as they put you down

"Oh, how I sighed,
When they asked if I knew his name"

My Mother Had A Brother by George Michael:

"My mother had a brother
Same desire, different time
Seems the empty spaces tortured him"

Here's To You by Joan Baez:

I will end this small tribute as I began, with Don McLean and The Grave:

Now, don't you go telling me that some of these songs have nothing to do with the plea of the persecuted LGBT people. As our oeuvre has been appropriated through the centuries, we have gained the right to appropriate their oeuvre, when necessary.

Just one phrase more: Tyrants, you better run and hide; you have incurred the wrath of the just. Your hour of reckoning is upon you.

Blogs To Check Out